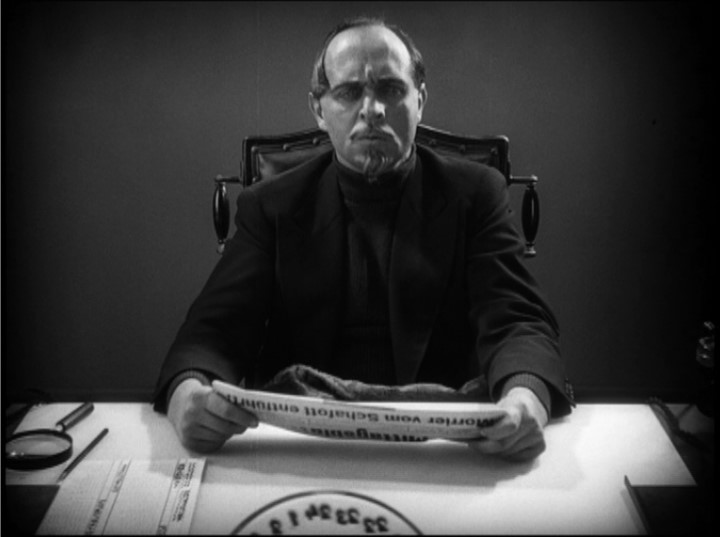 Spies opens with delirium, settles into nervous apprehension punctuated by shocks, and finally zooms like a bullet-riddled airplane in accelerated free-fall toward the villain's startled undoing, on stage and gaping, Greed's court jester improvising cinema's final burlesque suicide. And as Germany itself falls in flames, the world watches—and sidles up to its heat—no, sprints like a mob toward a train-wreck, at once outraged and avid. What am I being shown here? For long stretches I was caught up in minutiae, the procedures necessary to commit crime—and apprehend criminal. But the hero seems almost in a panic, at one point crushed beneath the smoldering, twisted train—driven by love for his former adversary—and as for her, she seems as strong as he, no matter the heat and noise. And the villain Haghi, the evil financier, ensures his own irresistibility, carved like mahogany, dark and still—his tonsure severe, his demeanor pitiless. There they move, at the brink of the Weimar's collapse, little Haghis crawling nigh, waiting for the prey to rest in exhaustion. And oh the treasures waiting, soaked in blood—but still currency, boom and bust ignored.
Email Post