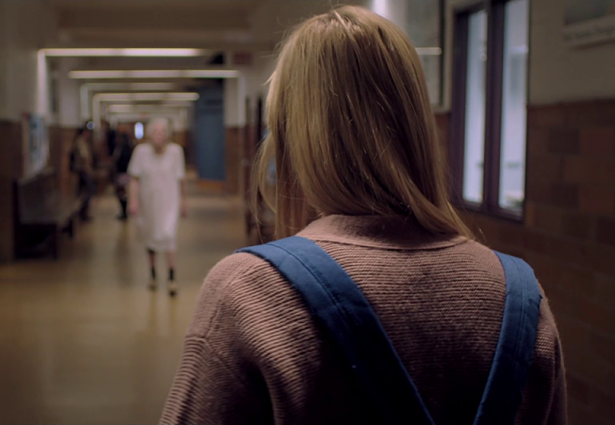 I thought I heard something outside my bedroom door last night—indistinct and muffled, inconsequential. In the movie theater we howl our protest when the poor fool gets up to investigate  that small tumbling thud. But I wasn't in a movie, so I knew it was better not to know. I lay there stone-still until all I could hear was my own tinnitus whining like wind over sand.

The teens stand in a kind of line, just far enough from each other that they have to reach until they touch—and they touch, they don't know they're in a movie so they ignore our warnings and reach out and end up in a real dream, a fatal game of Tag—no, a dating game in a weird netherworld of naked moms and strange clamshell phones, some old grade-Z movie always on the TV, as though they're the only ones who know about the Blob or the furtive aliens at the edge of town. They hatch a scheme to trap the Thing with electricity, the standard strategy, but they're just kids and don't know how many volts will make a swimming pool lethal.

In the end, though, none of it matters, not even the rules they thought they knew—because it was one of those Urban Legends reaching out to grab them, and It doesn't know from rules, it just follows them—and me, out of the theater and into the hall, where I'm hoping it'll stay.