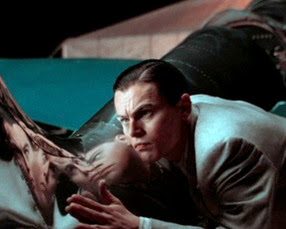 Letterman expressed his admiration for Scorsese's The Aviator--but he wondered who was that high school sophomore they found to play Howard Hughes.  Once more, Dave says what you didn't realize you'd been thinking.

--But that's a low blow: Leonardo DiCaprio certainly drinks his milk like a good boy, but the flight to the hanger is as long and arduous as De Niro's in Raging Bull. Scorsese puts DiCaprio into the official haunted house of the modern world--the movie theater--and locks him in and winds up some screeching machine out of Dark City where Howard Hughes becomes first one then another thing: playboy, tycoon, lonely lover, frightened child--then, of course, ghost, the golden liquid lined up in bottles waiting to clink like chains as he haunts Hollywood, flying overhead or nestled in Jane Russell's monumental decolletage, the changeling Prince drenched in Caligari shadows and subsumed into an American Dream:

Katharine Hepburn comes to the door and knocks, all her Bringing Up Baby manic scattershot left behind--that's all his now, the nervous insistence that something must be done, and soon, and over and over, or an essential fabric of some kind will tear and it will all fall apart--as it almost has so often, through one war and another, on screen and Over There.  And she is so tender and loving, Cate Blanchett channeling Galadriel in golf togs, wise and reassuring--but he won't have it, he's gone into the desert like a mad Christ to get clean clean clean at last. He's in the Dream, and in it he's dreaming.

When his plane crashes (Scorsese showing us how the special effects in Jurassic Park--all computer code and puppets, real people and imagined motion--can consume us in flames and spit us out the other side, still alive), Hughes emerges like Karloff wounded in the demolished mill, still looking for love--or vengeance.  And we know that Hughes never made it out of the frozen lands, lost in freezing mist, the desert all around like memories--but in The Aviator he is just a kid and I can't look in his eyes without wishing he'd stop dreaming and wake up and finish the damn picture. 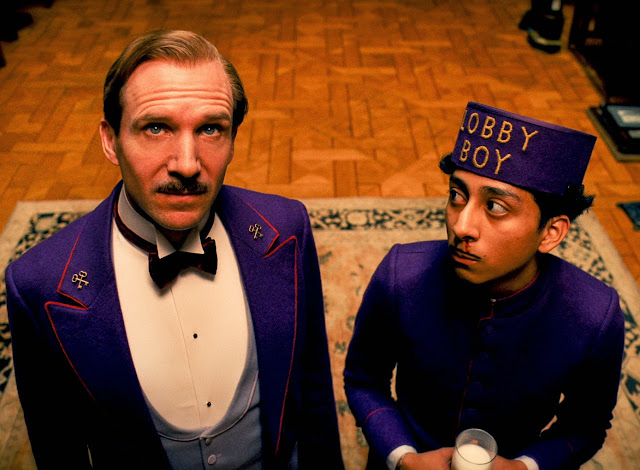 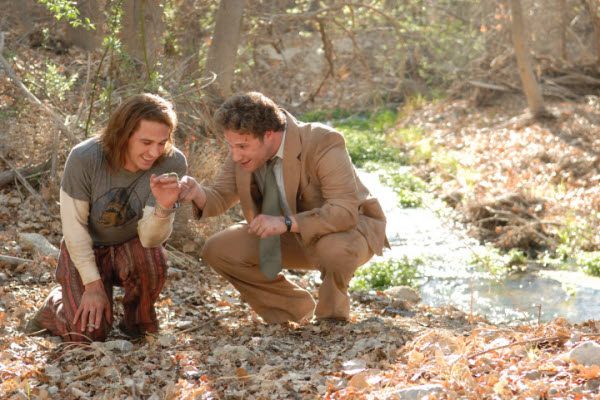